The Explorers Club will support our work! 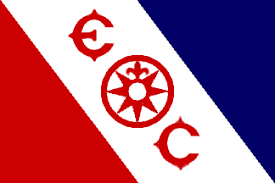 We just found out, that the expedition Mulu 2019 will be supported by The Explorers Club!

“The Explorers Club is an international multidisciplinary professional society dedicated to the advancement of field research and the ideal that it is vital to preserve the instinct to explore. Since its inception in 1904, the Club has served as a meeting point and unifying force for explorers and scientists worldwide. Our headquarters is located at 46 East 70th Street in New York City.

Founded in New York City in 1904, The Explorers Club promotes the scientific exploration of land, sea, air, and space by supporting research and education in the physical, natural and biological sciences. The Club’s members have been responsible for an illustrious series of famous firsts: First to the North Pole, first to the South Pole, first to the summit of Mount Everest, first to the deepest point in the ocean, first to the surface of the moon—all accomplished by our members.

The Club provides expedition resources including funding, online information, and member-to-member consultation. And our famed annual dinners honor accomplishments in exploration. But probably the most powerful resource available to those who join the Club is fellowship with other members—a global network of expertise, experience, technology, industry, and support. The Explorers Club actively encourages public interest in exploration and the sciences through its public lectures program, publications, travel program, and other events. The Club also maintains Research Collections, including a library and map room, to preserve the history of the Club and to assist those interested and engaged in exploration and scientific research.”

This is such an honor for us and we will make sure our work is worthy of being among the other members of the club.

We are very proud to announce that Bat Conservation International will support our scientific work in Borneo! This organization is making a huge impact on bat conservation worldwide and we are proud to be a small part of it! The grant is given to our expedition leader Stanimira Deleva for her work on nutrients in underground streams.
http://www.batcon.org/resources/media-education/news-room/gen-news/80-latest-news/1197-fostering-the-future?fbclid=IwAR2W-9zzh0d11pDBX4KMv-1UE4HEGZy35-UzR4VovWx17_eaks2rkCjCUgQ

The preparation of our expedition is running with great force!